A WHISPER OF MOTHS

16-year-old Zaea Hart has been lying about the murder her father shouldn’t have been able to commit. Through the vision that awakened her magic, she was the only witness. A secret she’s prepared to take to her grave while she searches for the answers why—why he did it, why she was forced to watch, and how, when the magic-bound contract between her father and his victim—his best friend, his soulmate, his Bonded—should have prevented him from being able to hurt him at all.

The Guild sends Castian Darc—surprisingly young, and an alleged Bonded expert—to investigate what happened. He doesn’t readily accept Zaea’s account of the incident, and when a misplaced touch causes their magic to link, revealing the rare compatibility needed to Bond, they’re sucked back into Zaea’s vision and Castian sees the truth—the murder was no accident, and Zaea’s been lying to everyone, including the Guild.

But Castian’s less interested in whether the murder was intentional or accidental. He cares more about is how he did it, so he offers Zaea a deal. Work with him to find that answer and he won’t charge her. Desperate for answers herself, she agrees. But each time their magic entwines, Zaea reveals more evidence that could destroy her family, and risks forfeiting a little more of her heart. When they uncover clues that hint at dangerous forces and a dark contract staking Zaea’s freedom, they’ll have to decide how far this tenuous trust can take them, and how much they’re willing to lose—for each other, and of themselves. 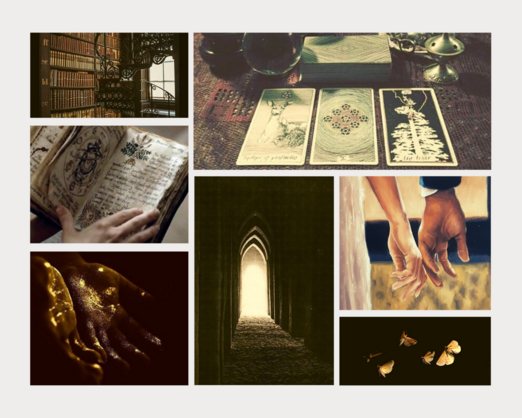 Click to contact me through the form, connect with me on social, or email me at christinelarnold@gmail.com to learn more about this project.

A Whisper of Moths is a young-adult romantic fantasy reimagining of Pride and Prejudice. It features...